Avul Pakir Jainulabdeen Abdul Kalam usually known Dr. A. P. J. Abdul Kalam, was the 11th President of India, serving from 2002 to 2007, he is one of the few presidents who have touched the hearts thats why during his term as President, he was popularly known as the People’s President. In India he is highly respected as a scientist and as an engineer.

He is popularly known as the Missile Man of India for his work on development of ballistic missile and space rocket technology.

Stories of extreme hardship, braving impossible odds and innumerable sacrifices, abound in the lives of nearly 90 percent of the students in the country. But among them, some perform exceptionally well. Their academic laurels are so brilliant, that at times their CV looks intimidating. And each one acknowledges that it’s the right education that made them what they are today. END_OF_DOCUMENT_TOKEN_TO_BE_REPLACED 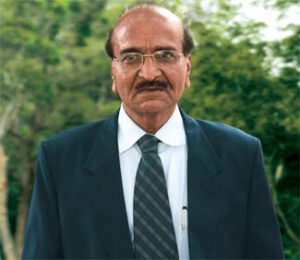 Karsanbhai Patel used to make detergent powder in the backyard of his house in Ahmedabad and then carry out door to door selling of his hand made product. He gave a money back guarantee with every pack that was sold. Karsanbhai Patel managed to offer his detergent powder for Rs. 3 per kg when the cheapest detergent at that time was Rs.13 per kg and so he was able to successfully target the middle and lower middle income segment. END_OF_DOCUMENT_TOKEN_TO_BE_REPLACED

Keep your dreams and hope alive – His name is Sylvestar Stallone. One of the BIGGEST and Most famous American Movie superstars. Back inthe day, Stallone was a
struggling actor in every definition. At some point, he got so broke that he stole his wife’s jewellery and sold it. Things got so bad that he even ended up homeless. Yes, he slept at the New York bus station for 3 days. Unable to pay rent or afford food. His lowest point came when he tried to sell his dog at the liquor store to any
stranger. He didn’t have money to feed the dog anymore. He sold it at $25 only. He says he walked away crying. END_OF_DOCUMENT_TOKEN_TO_BE_REPLACED

Speak to the Surjeet to know what's the best course for your career. Just call us on Surjeet personal number for free career guidance.