Alibaba is the undisputed leader in e-commerce for small businesses and the flagship company of Alibaba Group. It was founded in 1999 in Hangzhou, China. Alibaba is a B2B website catering to the needs of suppliers and buyers. The target audience of the website is always some other company or its employees.
Alibaba offers a wholesale platform for small buyers on the global site seeking fast shipment of small quantities of goods. Besides this, it also offers business management software and Internet infrastructure services targeting businesses across China.

As a sample marketing plan, it chose November 11 or 11-11 as a date for the sale, emphasising‘one’ and connecting it to the idea of being alone. As a testament to the success of its marketing objectives, Alibaba earned $14.3billion (€13.45bn) in revenue in just 24 hours, making it the highest revenue gained in one shopping day, not only in China, but in the whole world. It has exceeded the $6.55bn it gained in its 2014 US Thanksgiving Sale.

From the $14.3bn revenue, $9.83bn came from its mobile sales, as part of its integrated marketing strategies. This only shows how powerful Alibaba’s digital marketing solutions,targeting a specific group of Chinese consumers, now is.

According to its website, the hottest picks during the most popular online shopping day came from the following categories:

Founded in Hangzhou in eastern China, Alibaba.com has three main services. The company’s English language portal Alibaba.com handles sales between importers and exporters from more than 240 countries and regions. The Chinese portal 1688.com was developed for domestic business-to-business trade in China. In addition, Alibaba.com offers a transaction-based retail website, AliExpress.com, which allows smaller buyers to buy small quantities of goods at wholesale prices.

Alibaba Group Holding Ltd’s development can be divided into 5 phases for the past 13 years. The first phase was
started since 1998 until 2001. During this phase, Alibaba provides free information for suppliers to enter the
market. At that moment, China’s trade market was still in the early stage where only information flow
ed on theInternet.
Jack Ma looked into the needs of SMEs in China in entering the B2B e-market by providing them withfree online services and information according to the different enterprises and the characteristics of theindustries.
In 2000, Porter Erisman, now the Vice President of Alibaba was hired by CEO Jack Ma as a foreignexpert to help the company into globalization. During that time, attracting foreign experts to run the company isessential because people in China had very little management experiences (Walraven, 2009)

How Alibaba Plans To Take Marketing share in India

According to eMarketer, e-commerce sales in India are expected to grow from $14 billion in 2015 to $55 billion in 2018. Indian retail e-commerce grew at the rate of 134% in 2014 and 129.5% in 2015, making it the fastest growing country in Asia Pacific in the retail ecommerce space. Online retail currently accounts for around 0.8% of all retail sales in India (compared to a global average of 6.3%) and is forecasted to grow to 4.8% by 2019, according to eMarketer.[3] Given the rapid pace of growth of e-commerce in India and the huge potential opportunity which is already being tapped by Amazon, Alibaba now appears to be looking at consolidating its position in the country.

With The Flipkart Deal, Alibaba Will Hold Stake In The Top Two Ecommerce Players In India 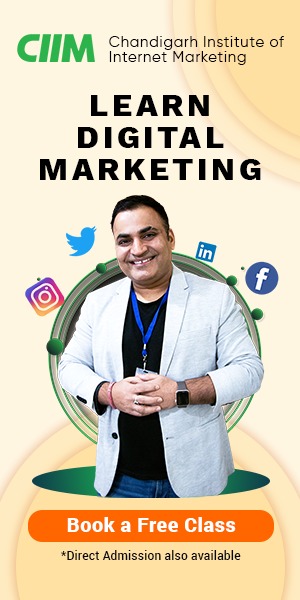 Snapdeal and Flipkart together hold nearly 75% of the e-commerce market share in India.  If Alibaba buys stake in Flipkart, it can have a very strong position in the country through its holdings in both these companies, opening up the possibility of creating a formidable alliance against Amazon. According to Alibaba, India is its second largest market after China and in the next few years it hopes to have 10 million Indian businesses on its B2B platform, while focusing on expanding its footprint among retail consumers.

Focus Is the Core of the Alibaba B2B Strategy

Alibaba’s meteoric rise can be attributed to its focus on growing its enormous supplier base, which targets Chinese and other Asian sellers that Amazon and other marketplaces don’t.

In other words, Alibaba’s B2B marketplace has acted like a gateway to China and the growing economy’s enormous capacity to produce goods that the world wants.

To cater to this global demand, Alibaba does everything it can to build more trust, opening the gates wider to the world. This is evidenced in initiatives like business verification, factory inspections, and stringent demands on quality of products.

Alibaba & The Future of B2B eCommerce

Alibaba is only the beginning of the future of B2B eCommerce. There’s still lot of opportunity for eCommerce stores, wholesalers, distributors, and retailers to build on inefficient supply chains, paper-centric processes, and error-prone workflows.

Alibaba’s B2B stance is such that it has also led to offshoot opportunities for many wholesalers and distributors. For some wholesalers and manufacturers, it may be beneficial to take advantage of this resource to access to global marketplaces across the world.

Alibaba provides free membership from the beginning to attract clients its way to e-trade market that became the core competency and contributing to more business opportunity in Alibaba. After a big number of registered clients at Alibaba, it began to charge membership fees. Alibaba earn profits by two major aspects.

Due to Alibaba’s dominant market position in e-commerce, Alipay has emerged as the online payment-processing leader in China and it clears 80 million transactions per day, including 45 million transactions through its Alipay Wallet mobile app (Shih, 2014). Next, Alibaba provides products within the same range with different prices depending on the suppliers to offer buyers a wider choice of variety. Penetration

Target Market
Alibaba target two marketplaces which include the global marketplace based in English Language that cater to international exporters and importers and the China marketplaces whose aim is to focus on suppliers and buyers trading locally in China.

Alibaba expands its new market through freebies. They offer freebies to attract more clients and customer to use Alibaba as an online marketing platform. For example, Alisoft is giving out free copies of Shopkeeper TM, a package that consist of accounting, stock management, and consumer resource management tools for registered users.

Information Technology
In the e-trading marketplace, Alibaba provides a communication platform for trading partner to communicate in
real time through Alibaba’s TradeManager tool. Alibaba
also has a team of dedicated experts that are always motivated to search for better and innovative technology platforms to catch up with the changing of the generations.

Expected Market Growth
Alibaba is a “Collective Entrepreneurship” between company and thousands of merchants that join t
his network. It offers the platform whereas the merchants provide the products. The Alibaba model, which relies on profits sharing rather than listing fees has attracted many merchants to participate in the network. The larger the network is, the greater the benefits for both company and merchants as it draw a large volume of sale.

Future Strategic Actions
Alibaba’s future strategic actions include sustaining domestic Chinese market. It is essential for Alibaba to maintain its domestic market first in order to success globally. Without China market, Alibaba would not be able to survive without the economic of scale.

Alibaba is attempting to expand its business in developing countries such as India, which is the second fastest developing country after China. India has significant potential growth and profit. Besides that, Alibaba is also enhancing its technology and R&D development for advance Internet infrastructure to give the fastest speed and accuracy for online marketing (You Fei, 2012). Meanwhile, Alibaba has been trying to invest in smart
phone users.

Alibaba is not only the largest IPO in U.S. history but has also risen more than the three largest IPOs by American Internet companies combined. Alibaba broke records as the biggest IPO, pricing its offering at $68 per share this year.

The IPO is expected to raise $21.8 billion, which values the company at $167.6 billion overtaking Visa and Facebook (Chen, Solomon & Mac, 2014). In my opinion, Alibaba became so successful in e-commerce is because of its numerous advantages and it have great potential to boost up business for all small and medium enterprise which attracted many suppliers to invest in them. To enhance my study on Alibaba, I went through Alibaba.com to understand more on how Alibaba system works and what makes it so successful.

To my surprise, I love many features that Alibaba.com has to offer that inspired me to promote my future company and products effectively. In fact, the real time communication and offline message was reply promptly by the supplier immediately after I posted my questions to them. This is one of the reasons why many suppliers are investing into Alibaba because of it efficiency and effectiveness. Above all, I also suggest that Alibaba should take this into consideration in their promotional strategy.

In fact, more advertising, publication, brand awareness, and public relations will help Alibaba pump up their popularity and awareness all around the world. In addition, founder, Jack Ma speaks great English whilst many other Chinese entrepreneurs could not communicate well in English. This is one of his underrated advantages. Jack Ma is also good in unifying everyone’s believe
through common goal. 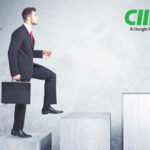